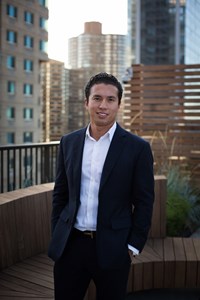 With a purposely creative approach to development, Silverback Development—and Josh Schuster—are names you’ll likely hear in industry circles for decades to come. CPE recently spoke with Schuster about his company, its projects and the non-profit he founded 12 years ago.

Josh Schuster is typically touted in real estate circles as a next generation leader. It’s well-deserved praise, since, at 33, Schuster has already sourced and developed more than $1 billion of development and repositioning projects, started several companies, and created a non-profit foundation that practices medicine in third-world countries.

But while Schuster will always be a member of the Millennial generation, his experience and thoughtful approach to his work creates an impression that he is older than his actual age. With a purposely creative approach to development, Silverback Development—and Schuster—are names you’ll likely hear in industry circles for decades to come.

CPE recently spoke with Schuster about his company, its projects and the non-profit he founded 12 years ago.

CPE: You founded Silverback Development last year. What led to that decision?

Schuster: There were two investment groups that wanted to back me on a platform. This led to a pretty substantial co-investment, so we launched with a $50 million GP sponsor capital commitment, which we’re deploying into various projects, both in New York City and across the country.

We currently control about 2 million square feet of real estate, totaling about $1.7 billion. Although our “bread and butter” has been residential, we’re active in several asset classes.

CPE: Where are you focusing your investment energy?

Schuster: We are focused on transit-oriented markets. For example, we bought one of the last remaining development sites in downtown Stamford, Connecticut. Right now, it’s a three-building portfolio, but for us, it’s a strategic land play across the street from the University of Connecticut.

We love secondary markets and suburban primary markets. We are looking at sites outside of Washington, D.C., and we like the Fort Lauderdale, Florida North market, where we are exploring a ground-up luxury independent living facility.

CPE: What are you working on now in the city?

Schuster: In Gramercy Park, we are going to build a $100 million, 13-story ground up condominium across the street from Peters Field Park. We’re pretty excited about that project because we’re planning to deliver units for less than $3 million in a highly desirable area with a mature market.

CPE: One of your recent legacy projects from your time at DHA Capital is 75 Kenmare in Nolita, which boasts Lenny Kravitz as its interior designer. Tell us more about that.

Schuster: Kenmare is on a fabulous corner. Its frontage is on a park next to Spring Street, and Kenmare is ever changing due to the amount of construction. Nolita needed something sexy, cool and different, so we wanted to build that.

Right now, you’re seeing a lot of artists and designers that have been successful in one aspect of their careers and are interested in crossing borders. You see Tory Burch entering into athletic gear, for example, and Lenny Kravitz entering into interior design. Lenny has a keen eye for design, and I think that’s evident in some of the renderings that we’ve produced. So far, that project has been very successful.

CPE: What does your market analysis process look like?

Schuster: In any given market, we analyze it with a blank slate. We look at it with supply and demand metrics; we certainly study housing needs. We look at basic micro-economic infrastructure. We try to chart and predict growth in those various cities, looking at everything from jobs, job creation, and potential sources of job growth to traditional market drivers, such as hospitals or education centers.

In Florida, for example, we recognize there is going to be a shift in demographic demand, and we feel like that’s a market that will have a lot of affluent retired folks, empty nesters that may not want to live in the big house anymore and deal with the upkeep. They’d rather downside and, in exchange, receive more amenities catering to their lifestyle.

CPE: What makes Silverback Development stand out in the market right now?

Schuster: Right now, what’s great about the company is the fact that we have fresh capital to deploy. That makes us very nimble; we can jump on opportunities very quickly. While we are backed by an institution, at our core, we are developers and entrepreneurs.

CPE: You describe yourself as adaptable to current market conditions—explain that.

Schuster: A couple years ago, at the top of the market, it was always about real estate first and structure second, because there was a rush to acquire land, secure financing and go vertical. Now, the challenge presents itself when dirt is expensive, and financing markets are somewhat bleak.

To adapt, we are structuring first and foremost, and the real estate comes second. Most of our deals are pretty complicated when you break down the capital stack. We are solving new equations and making sure the lender’s last dollar is protected, ensuring there’s risk mitigants on our equity positions. We want to ensure that we can raise the capital for these deals.

CPE: In college, you founded a non-profit that now has medical clinics in the Philippines, Haiti and Nepal. What prompted that?

Schuster: My father, Mitchell, is a physician in Boca Raton, and a hero of mine. He’s a doctor without a border and has been doing this kind of work for the last 30 years. I always watched him achieve his goals here with his own dollars and figured it was time to grow the initiative by bringing in benefactors and people I do business with. Since we officially formed the Bicol Clinic Foundation in 2005, we have raised several million dollars, and we will open our second clinic in Haiti soon.