Luxury Condos: Dialing It Down 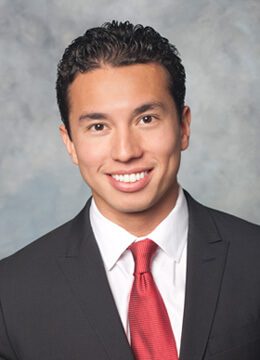 Josh Schuster is just 30 years old, but he lays claim to $500 million worth of residential and mixed-use development to date, and another $200 million pipeline across New York City.

Real estate is in the young developer’s blood. His grandfather, Jack Schuster, was an owner’s representative for the Zeckendorfs. But his grandson grew up far from the world of zoning and construction permits, on 26 acres in rural Ohio. He drove 60 miles each way to go to school. “We spend a lot of time outdoors,” Schuster said. He was close to his three sisters. There were pet deer.

Schuster’s father is a doctor, and even when his children were growing up, he used to spend one month of the year practicing medicine in a developing country, traveling as far afield as Nigeria and Somalia.

“His heart has always been in the third world,” Schuster said.

The family moved to Fort Lauderdale when Schuster was 16. From there, he went on to study political economy at Tulane University in New Orleans. He was a student there when Hurricane Katrina devastated the city.

Schuster was lucky enough to live on high ground, but the devastation in the city made a strong impression on him. “Most of my friends lost everything that was valuable to them,” he said.

Because of the hurricane, he spent some of his college career at Syracuse University, where he took part in the university’s entrepreneurship program. As a class project, he founded the Bicol Clinic Foundation, a non-profit inspired by his father’s travels, which were self-funded. The organization’s purpose is to build medical clinics in underserved areas and staff them with visiting medical students from the US.

Schuster still runs the program, which has sent medical teams to Haiti, Nepal, Sri Lanka and Somalia, and has its first brick-and-mortar clinic in the Bicol region of the Philippines.

As a college student, Schuster had his eyes on Wall Street, but he took a summer internship working in property management for uptown father-and-son landlord team, Gene and Roberto Fata.

“They showed me you can make just as much money in real estate as you can on Wall Street, if not more, and the goods are tangible,” Schuster said.

After graduation, he moved to New York and went to work with Jason Halpern at JMH Development. Schuster recalls bombarding Halpern with phone calls and emails before he would take him on.

At JMH he worked on the conversion of 184 Kent Avenue, a pioneering rental conversion in Williamsburg.

Development was everything Schuster hoped it would be. “It was very interesting, taking the vision from the drawings to the finished product,” he said. “And then watching people move in — it was a great satisfaction.”

Schuster spent six years with JMH, he said, but then “my entrepreneurial spirit was calling to me.”

He established a partnership with veteran housing developer Jeffrey Gershen. But then tragedy struck: Gershen was killed in a scuba diving accident in May of 2011. Schuster fell back on his property management skills for a while, overseeing 172 units in 12 buildings in Queens. Then he teamed up with Daniel Hollander to form their current company, DHA Capital. In spite of Schuster’s early success in Williamsburg, DHA is focused on Manhattan. They are particularly bullish on Harlem, according to Schuster.

“I like to focus on blue water markets, where there’s not a whole lot of competition,” he said.

They are developing 12 East 13th in partnership with Continental Properties, renovating a parking garage into an ultra-luxury condo. At 546 West 44th Street the firm is developing a block-through site Hell’s Kitchen site into a 300-unit rental building, and they also have a project underway in the Lower East Side.

Other potential projects include a site on Fredrick Douglas Boulevard where, if negotiations with the city are successful, DHA will set aside 25 percent of the units as affordable housing.

Schuster lives in Greenwich Village with his wife, Lindsay. He was recently appointed to the board of directors of Baruch College’s Newman School, where he is one of youngest members.

“I’m really excited about that opportunity and getting involved in mentoring students,” Schuster said. “I’ve had a lot of really good mentors over the years and I’m excited to pay that forward.”