If Long Island City, N.Y. needed Amazon, you wouldn’t know it from continued robust development, sales and leasing momentum just across the East River from Midtown Manhattan. For many years New York City’s best-kept secret, Long Island City today is among the most coveted of New York City neighborhoods, offering both a small-enclave ambiance and spectacular skyline and river views. Speaking of views, they’re all the more enjoyable from Long Island City’s string of waterfront parks dotting the banks of the river. 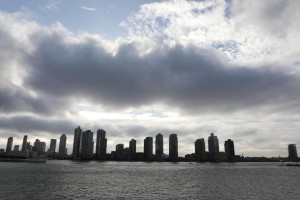 The Long Island City skyline from across the East River. LUDOVIC MARIN/AFP/GETTY IMAGES

For these and many other reasons having to do with convenience and comparative affordability, LIC is securing its spot as the fastest-growing enclave in both New York City and the nation, with a near 300% surge in residential inventory projected between 2015 to 2021.

In fact, Long Island City has grown so fast one of the few knocks on the nook is that the number of services, amenities, shops and eateries has expanded more slowly than the populace, leaving some newcomers hoofing blocks and blocks to a decent pizzeria.

The so-called City Within a City is an increasingly diverse and eclectic mixed-use mini-metropolis. It serves as a base for Fortune 500 companies, hosts internationally iconic arts and cultural jewels, boasts a substantial industrial presence reflecting its historic roots and is a focal point for heavyweight television and film production houses.

Post-Amazon, LIC offers discounted office space when compared with its cross-the-river neighbor. Attractive tax breaks and the presence of a large workforce that wasn’t there a decade ago but now happens to live just down the street in Long Island City are helping generate interest from both domestic and international commercial tenants.

Among the many new residential buildings in Long lsland City, several standout developments lead the pack in the emergent enclave.

With an address at 11-12 44th Drive, QNS44 from Brooklyn-based developers Rybak Development and BK Developers Inc., offers a prime location and innovative design, as well as a widely varied condominium product offering. Long Island City’s continuing vibrancy is reflected in the fact the sales effort conducted by Douglas Elliman resulted in all units being sold within 13 weeks of their initial offering.

QNS44’s rooftop features a rarity in the neighborhood—a heated pool with lounge space featuring wet bar, full grill and abundant seating overlooking the Manhattan skyline. Other common-area creature comforts include a fitness center with a wide array of workout equipment, a pet spa with pet bathing space and media/social room.

With an address at 24-16 Queens Plaza South, Hero is pretty much in the center of LIC offerings, including restaurants, groceries and convenience stores, retailers, watering holes and nightlife, museums, galleries and coffee houses.

Calling itself a “curated collection of homes in the heart of the art district,” the fittingly named condominium building Galerie aims to be the home of future artists and art lovers in the center of the arts colony that is LIC. The building’s mission is to make art a daily focal point for residents, who are treated to curated exhibitions in its gallery space, along with a sculpture garden and permanent collection of art.

Located at 22-18 Jackson Avenue, Galerie was developed by Adam America. ODA New York was the architect of record.

Long Island City is itself something of an objet d’art, one still in the process of being shaped and honed. A comparatively blank canvas just a few years ago, its lines are gradually being filled in. Observers of big-city neighborhood evolutions are likely to savor watching this work of art come closer to completion in the years ahead.