A Manhattan Apartment in Greenwich Village

Luxury Condos: Dialing It Down 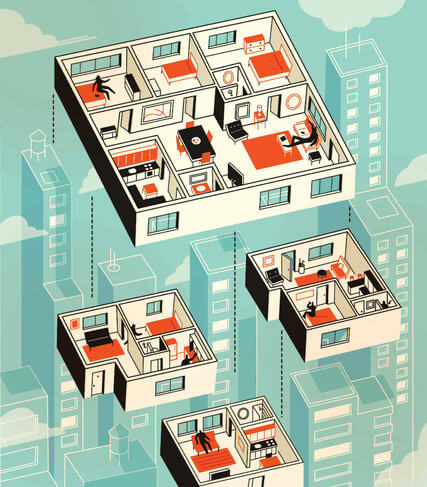 The developer Adam Gordon, who converted the Bouwerie Lane Theater into luxury condominiums and created a boutique building rising in West Chelsea with an $18 million penthouse, is taking a break from constructing apartments. Instead, he is spending his time at a cattle ranch he bought for his family in Sonoma, Calif., and concentrating on his storage facilities business.

“Residential development has gotten too risky; it is just not a good bet,” Mr. Gordon said. “A lot of the guys who are staying in the game now are gamblers, and I’m just not one of them.”

A great deal of hubbub has surrounded the luxury real estate market in Manhattan in recent months. Seemingly every week prices reach new heights — the latest is a triplex penthouse on Park Avenue that is listed for $130 million — and bidding wars have become so common as to be unexceptional.

Yet, what was once just a whisper among a few dissenters is now a chorus, with market experts increasingly concerned that too many luxury apartments are being built and there are not enough buyers willing to pay for them.

“A lot of what is on the boards now is superluxury product, and nobody really understands how deep that buyer pool runs,” said Andrew Gerringer, the managing director of new business development for the Marketing Directors, which has helped develop the 64-story, Helmut Jahn-designed 50 West Street in Lower Manhattan and 12 East 88th Street on the Upper East Side. “How many people can actually spend $25 million for a home?” 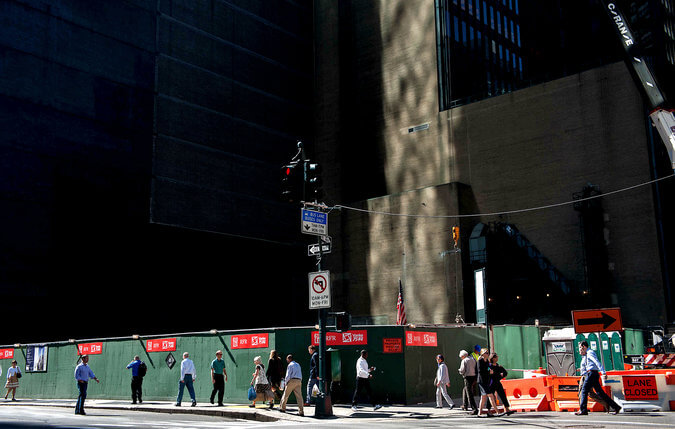 610 Lexington Avenue is to become a 61-story apartment building. The developer, Aby Rosen, is hoping to draw buyers by eschewing mansion-size apartments for smaller, more modestly priced units in the $8 million to $10 million range. CreditBryan Thomas for The New York Times

As a result of this growing supply at the top end of the market, developers like Mr. Gordon are packing up their tools and pulling out, while some others are reconfiguring their projects to focus on smaller units with lower prices. If the trend holds, the supply of condos coming to market in two to three years will look very different from what is for sale now — with many fewer apartments priced at $10 million and up.

Some buyers, meanwhile, are growing jittery and in some cases, backing out of deals altogether for fear they have overpaid.

“Right now we are in the beginning of a transition market,” said Stuart N. Siegel, the president of Engel & Völkers New York Real Estate. “We are transitioning away from unfettered pricing to what will be a healthier marketplace, with more discipline in pricing and valuation.”

With so much new inventory, well-heeled buyers have more choices and are growing more finicky. “In a recent sales meeting, every one of my agents had either heard about or had personally dealt with an accepted offer that didn’t go into contract,” Mr. Siegel said. “The wildebeests are stopping at the cliff edge.”

Mr. Siegel described it as “a little bit of buyer’s remorse, or just concern that they are buying at the top of the market.”

The developer Aby Rosen is hoping to draw buyers to a new condominium he and partners are building at 610 Lexington Avenue in Midtown by eschewing sprawling mansion-size apartments for smaller, more modestly priced units — at least relative to the upper reaches of the market.

“We are not going to do full-floor monsters,” Mr. Rosen said. “Why compete with the $30 million apartments? Let other people do that and have a good time — or bad time — with their sales.”

Marketing at the 61-story building will not begin until this spring. Mr. Rosen said that he planned a restaurant on the ground floor and above, a mix of studios and one- and two-bedrooms priced in the $8 million to $10 million range.

“What we think is the next wave of buyer is a guy who lives in Beijing but wants a one- or two-bedroom apartment, not a four- or five-bedroom apartment,” Mr. Rosen said. “It is still going to be very expensive, still super high end, but the percent of spaces that can sell for $20 or $30 million is very small. Our goal is to have 2,000-square-foot one-bedrooms, with lavish wonderful spaces. Time will tell, but I think we are on the right track.”

John Gomes, an associate broker at Douglas Elliman, is advising his developer clients to follow a similar strategy. “Developers are so hyper-focused on bigger apartments with high-end finishes because you can charge astronomic prices,” he said. “But there is a huge hole in the market for smaller apartments, and many more people who want to buy them.”

Mr. Gomes is recommending that developers be more efficient with layouts. “What used to be a 650-square-foot studio can now be a very well-laid-out one-bedroom,” he said. For new condominiums like 50 Clinton Street, a project on the Lower East Side where WD-50, the restaurant run by the chef Wylie Dufresne, now stands, he said, “I’m dubbing a new term, ‘cool luxury,’ where the building is super design-focused, but it doesn’t use the most high-end finishes or appliances.”

Stephen G. Kliegerman, the president of Terra Development Marketing, is also suggesting to developers that they rethink their plans. Mr. Kliegerman, who handles new developments for the brokerage firms Halstead Property and Brown Harris Stevens and has shepherded such projects as 19 Park Place in TriBeCa, with 24 full and half-floor apartments, was recently approached about a new condominium project on the Upper East Side.

“The developer wanted to build a handful of larger apartments with double-height spaces and very high price points,” he said. “I told him that rather than building 20 units, he should build 30, and reconfigure the apartments so there are more conventional smaller units that will cost less and appeal to a broader demographic.”

But while some developers are shifting gears, the demand for certain high-end buildings has not abated.

In September, 104 contracts were signed for Manhattan apartments at $4 million and above, according to the Olshan Realty Company. This is the highest monthly total since Olshan began tracking the data in 2007, and caps a record third quarter, which posted a 19 percent increase over the same period last year.

A rendering of an apartment at 215 Chrystie Street, an Ian Schrager project. Apartments there are priced at close to $4,000 a square foot. CreditIan Schrager Company

“If you take a step back and look at a longer bell curve, sales have been extraordinarily strong over the last two years,” said Michael Stern, the managing partner of the JDS Development Group. The company, with a partner, Property Markets Group, developed Walker Tower, which broke a downtown record when a penthouse there sold for $50.9 million.

The two partners are now building Steinway Hall, a skyscraper approximately 1,400 feet tall at 111 West 57th Street, along a billionaires’ row of ultraluxury towers in various stages of construction. “There is a lot of concern about supply,” Mr. Stern said. “But very few luxury condos have over 100 units, with most between 50 and 100 units and many just eight or 10 apartments. True, Steinway Hall is going to be a very tall tower, but it only has 60 apartments.”

Farther downtown, at 215 Chrystie Street on the Lower East Side, two of the 11 “one-of-a-kind” apartments designed by Herzog & de Meuron are in contract after just one week on the market. Ian Schrager, with some partners, is the developer, and both of the buyers own units at another Schrager building, 40 Bond.

“Do I wish I could have come to market a year ago? Sure,” Mr. Schrager said. “But if you make a distinct product that is special, as I think I do, you are somewhat insulated from the vagaries of the economy.” 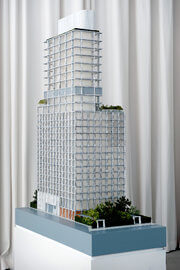 A model of 215 Chrystie Street.CreditBryan Thomas for The New York Times

Mr. Schrager said he is not paying too much attention to potential market shifts, although he isn’t planning any massively sized units. “I always thought it was counterintuitive to do large units because the price point gets so high,” he said. He is also being judicious when choosing amenities. “I’m wary of amenity creep,” he said, “where there are all these amenities thrown at the buyers, and they never get used.”

At one point, for example, it was suggested to Mr. Schrager that the Leroy Street project include a laundry room specifically designed for washing duvet covers, an idea he nixed.

“It feels like the market should be turning, that’s just what I feel instinctually,” Mr. Schrager said. “But who knows? It could be six months or six years.”

If the luxury market begins to downshift, it would be a natural progression in the real estate cycle, said Rosemary Scanlon, the divisional dean at the New York University School of Professional Studies Schack Institute of Real Estate. During the last market peak around 2006, developers were building 30,000 to 35,000 units of housing a year in New York City, she said.

“When the financial crisis hit, leading to the great recession and the drying up of financing, developers were only building around 4,000 or 5,000 units of housing,” she said.

While supply dried up, demand remained strong in New York, keeping pressure on rentals and the resale market.
As a result of this unceasing demand — helped in part by New York’s perpetual shortage of housing stock — developers began building again. “It started with luxury housing, but now it is spilling over into the more upper- and middle-income ranges,” Ms. Scanlon said. “Next, we will begin to see more development of affordable units.”

That phase, of course, is a priority for Mayor Bill de Blasio.

“Real estate is always cyclical,” Ms. Scanlon said, “And what it sounds like we are seeing now is the next stage in the cycle.”